Today could be D-Day for the mortgage application.  Looking back, I can’t see if I mentioned it on here or not, but a few weeks back I got a call from the lender (residential side) to say that they were no longer doing mortgages on properties outside their geographical area, but as we were so far through the process, if I paid the reservation fee we’d be allowed to continue.  So I rang them up and paid the £199 and got on with chasing up my SA302s from HMRC and Mick’s employment reference, both of which were duly sent off.

Then they rang to say that head office couldn’t work out whether my income was on track to be similar to previous years.  Could my accountant please write a letter confirming that it would be, as they were a little concerned by the drop in income between the two years of self-assessment paperwork they’d asked for.  Well, no, she couldn’t, because the sum total of involvement my accountant has with my business dealings is getting a multi-tab spreadsheet around the end of May listing out all the invoices I’ve issued and received for the various pies I have a thumb stuck in.  In all honesty, I didn’t even put her in the position of having to say no – I did a year of KPMG’s graduate programme before deciding accountancy wasn’t for me, and I wouldn’t have done it, or if I had it would have been so heavily caveated as to be basically worthless.

In the end I suggested that I draw up a 5-year income forecast, send it to my accountant along with my data sources and assumptions, make any changes she recommended and then she would write a covering letter saying she agreed my forecast was a reasonable estimate of future income.  My mortgage adviser thought head office would find that satisfactory, so I spent last week working out things that sounded like bad GCSE maths problems:

If you put 42 ewes to the tup in November, how many lambs and ewes do you sell the following year and what is your wool clip price?  Assume 50% of ewes have twins, 50% of all lambs are male, 5% of lambs die between conception and sale, 5% of ewe lambs do not make the grade for retaining as breeding stock, you wish to retain a maximum of 30 ewe lambs, your 5-year-old ewes are drafted out and you get approximately 2.25kg of wool per sheep at £1 a kg.

My brain has not had to work that hard for some time, but I got through it, my accountant made a couple of minor changes and then very kindly wrote me a letter saying she agreed with my forecast income of £22,296.50 for the next 12 months, rising to £46,972.79 in five years’ time!  (These figures are gross income less the holiday let agency fees+VAT, but no other costs have been taken out, as the building society’s number crunchers decided to factor the running costs of all three houses into their affordability calculations, and the other two income source have very little in the way of expenses – my actual take-home will be a lot less than that and I’m going to have to remember to put a lot more aside for tax!)

With all the number crunching it was a nice break to get down the road to do some painting.  Some colour’s gone on the wall in the single bedroom and it’s turned out to be exactly the same shade as my father’s old study in the house I grew up in! 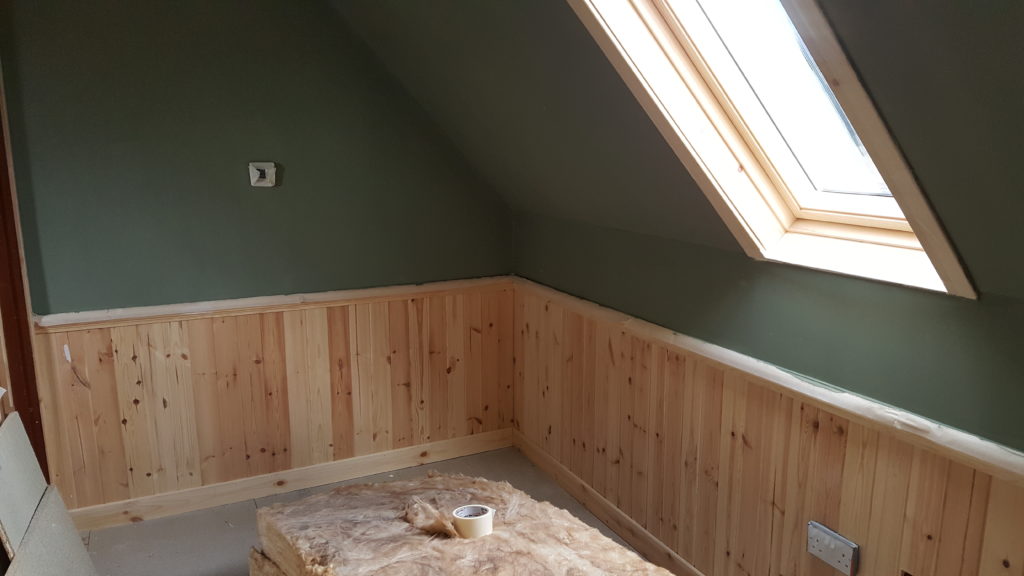 I’ve now got that woodwork primed and hopefully will get paint on it today, which means I’ll have the first room DONE!  (Well, apart from getting the smoke alarm fitted, putting some carpet down and hanging a door, but none of those are my jobs!)

In the meantime, we’re gearing back up for haymaking, although the weather isn’t currently giving me much cause to hope we’ll get it in.  I might have to get someone in to do big round bales and wrap them for haylage instead, especially considering Mick’s having an issue with his hip and won’t be able to spend all day in a hay field carting small bales back up to the barn.  He has, however, made me an impressive new swath board for the mower.  This pushes the cut grass over by about a foot so that the tractor has a line of bare field for its wheel, the stick on top knocks over any grass that’s thick enough to go over the top of the board.  At the moment, the long-range forecast is showing a dry spell 18th-24th August, but it keeps coming and going, so please cross your fingers on the other hand for that! 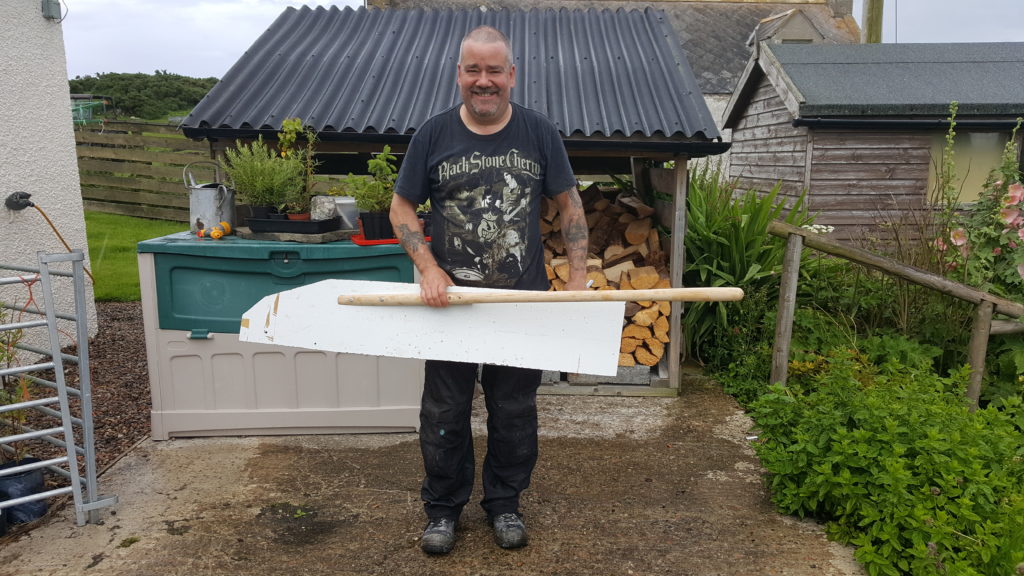 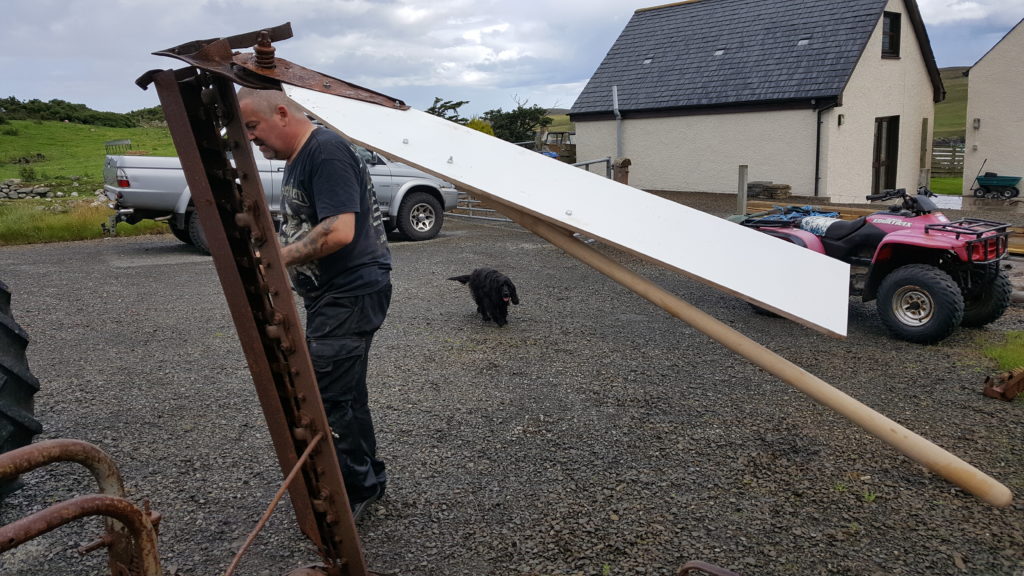 4 thoughts on “Cross your fingers”