No, I haven’t completed and got the keys already, but I have finally made time to get some pics I took when we viewed it off the memory card and onto my PC.

The kitchen – needs some work and sadly I don’t think that range will make it.  However, the washing machine’s new and there’s another range wrapped in bubble wrap in one of the outbuildings – I’m waiting to find out if it’s included in the sale or not. 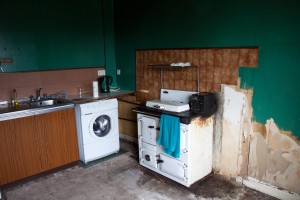 Kitchen ceiling – we were slightly alarmed by this until we went upstairs and found a nearly new immersion heater above it! 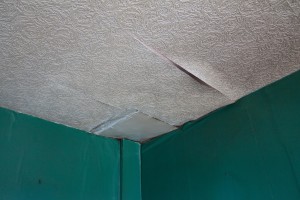 Bathroom – also very new, much of this can be kept. 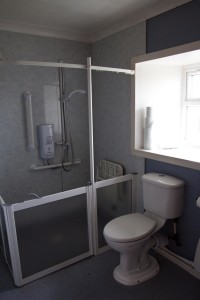 …though I might want to fiddle with the layout a little. 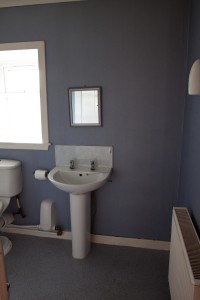 Wiring – newer than I was expecting, but still going to be redone. 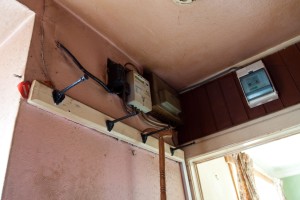 Love this little cupboard in the panelling in the second bedroom. 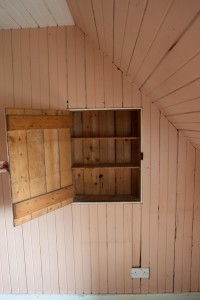 Standing in the second bedroom looking across the landing to the first.  The third is a tiny single off to the right. 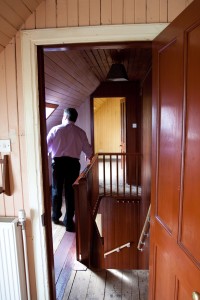 Original fireplace in the first bedroom.  The whole of the upstairs is panelled like this and much as I would love to keep it, it’s going to have to come off because the house isn’t insulated at all.  I’d hoped we’d be able to save it and put it back on, but a friend who’s renovated more than one of these says it’s impossible – if it doesn’t split when it comes off, it’ll split when you nail it back on.  May see if I can save enough to do the lower half of one room and glue it back on… 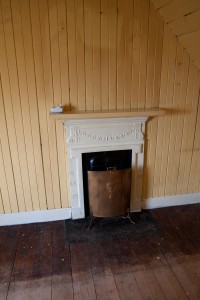 New skirting board needed for the landing!  The home report did note woodworm, so one of the first jobs will be to seal up all the windows and doors and pump in some bug-killing chemicals. 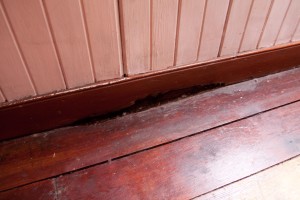