Dougie turned up on Thursday and got David to plasterboard the two kitchen walls which will have units on them for him so he could draw out the kitchen on the walls and mark where all the sockets and switches are going to go. 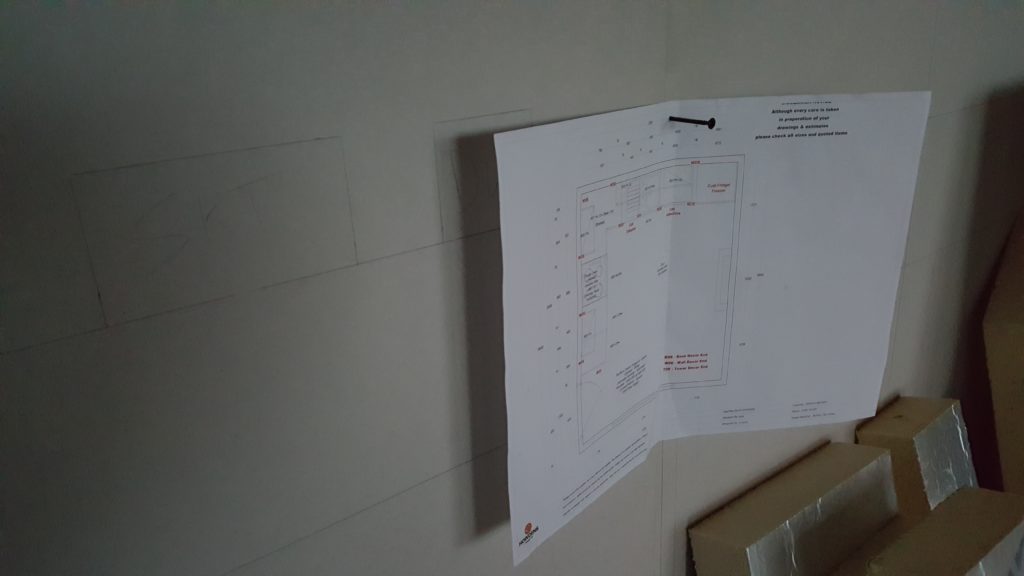 It turned out I had a couple of decisions to make about things I hadn’t even thought about – like did I want all the switches for the appliances separately by each appliance or wired to one block of switches (as it’s a small kitchen, I went for the block – less wall space) and where did I want the control unit for the central heating (it’s ended up on the wall outside the bathroom door)?  Dougie’s advised me I need to ask Derek to move the water for the sink a few inches, as it’s currently straddling the sink and the washing machine, and also to lengthen the stopcock or I’m going to be reaching through a hatch in the back of the sink unit *and* through a hole in the plasterboard to turn off the water.  We need to remember to leave access for the boiler’s filler loop too.

Mick has spent the weekend down there and did a bit more plasterboarding and the kitchen is actually starting to look like a room again. 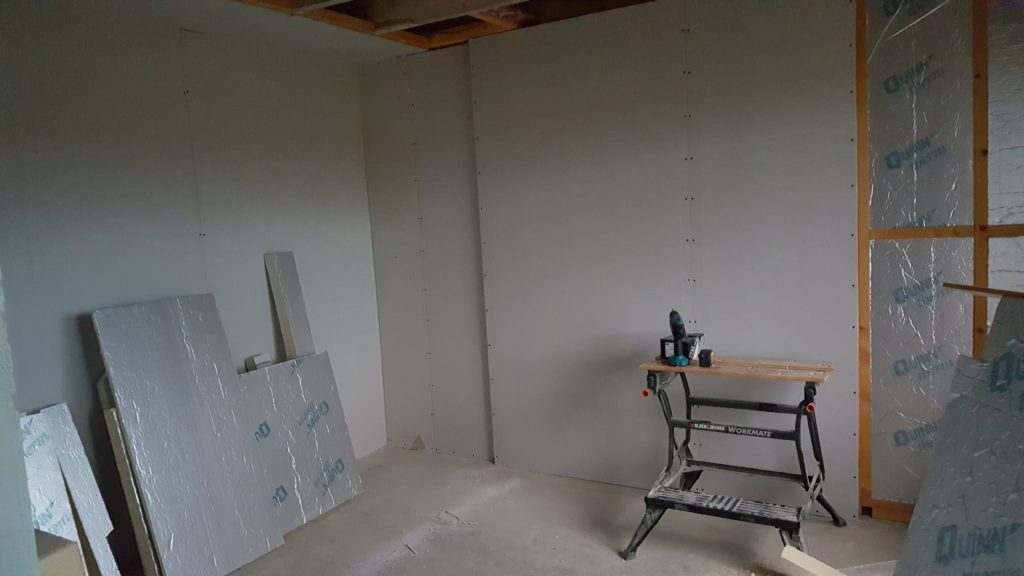 Upstairs, David has made cracking progress with the framing and Mick has been able to get some more insulation in. 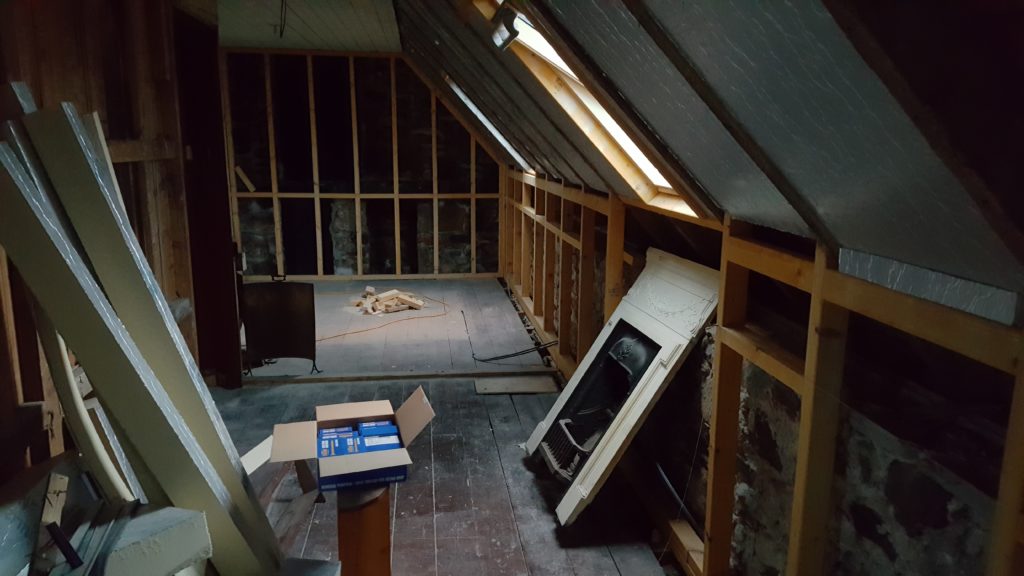 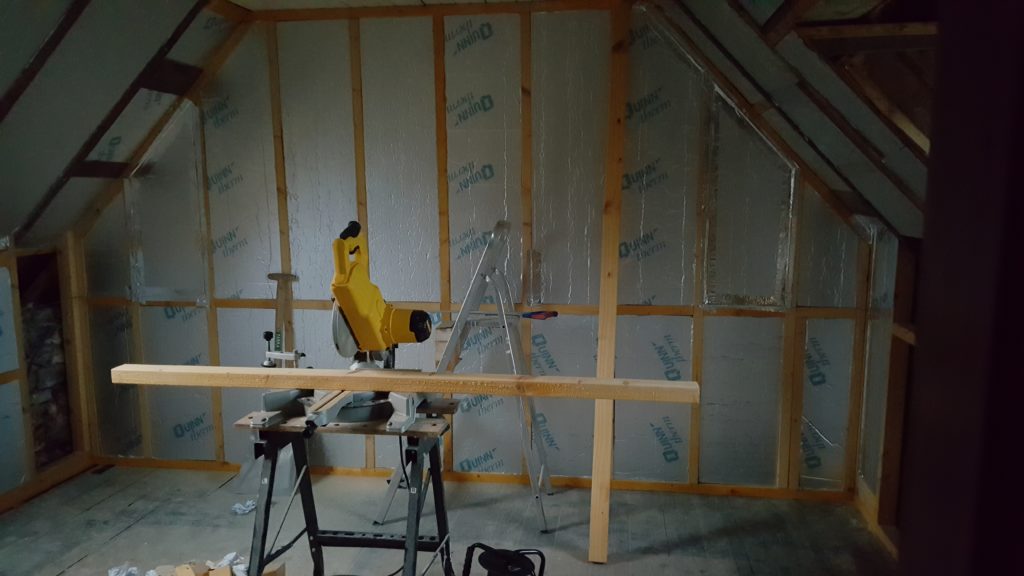 Where the dwangs are gives an idea of the panelling height, although I need to ask David about the fireplace because he’s framed over it rather than doing a return to show off the stone – this is likely my fault for saying I was panelling all round the room and not clarifying that I still wanted the fireplace exposed.  I may not be popular when I see him next…  I don’t know whether he’ll be getting to us next week, but looking at the weather forecast only Tuesday is scheduled to be wet, so fingers crossed we might see Magnus getting started on the painting.