I was typing away at my day job yesterday (I’m a freelance transcriber and virtual assistant) when the dog started barking and shot outside – a sure sign that I have a visitor. I followed her out and, to my surprise, saw John’s car halfway down my drive. We’ll pass the time of day if we meet and wave to each other if we drive past, but this is only the second time in over seven years he’s come to visit me and I suspected I knew why he’d come – John was Ethel’s partner for the best part of 25 years. I don’t know the full story of what went down between him and Ethel’s children after she died, but it ended up with angry accusations on both sides and the police getting involved, so I was slightly nervous about what he might want to say to me.

Turns out it was about poo. Specifically, one of these: 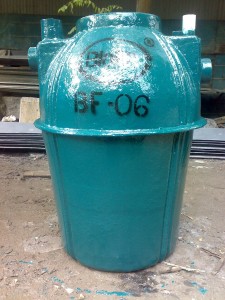 There’s no mains drainage out here, we’re all on septic tanks and John had kindly come to warn me that the tank for the house blocks fairly regularly, every three months or so, so I might want to look at getting it sorted.  I’ve adjusted my mental budget accordingly, because I suspect ‘getting it sorted’ might involve digging the whole thing out and installing a new one.

In the end, since it was a lovely sunny day, John and I stayed chatting over the gate for the best part of an hour.  He talked about Ethel, told me stories about when they were younger and his face lit up as he laughed at the memories.  He might be nearly 72, but when he smiles it takes a good 15 years off him.