I was down at the house for sunrise this morning, because I wanted to see what the newly-finished front elevation looked like at first light.  The aim was to have a soft white that wouldn’t dazzle the other people living at that end of the village, and I think we’ve got it about right: 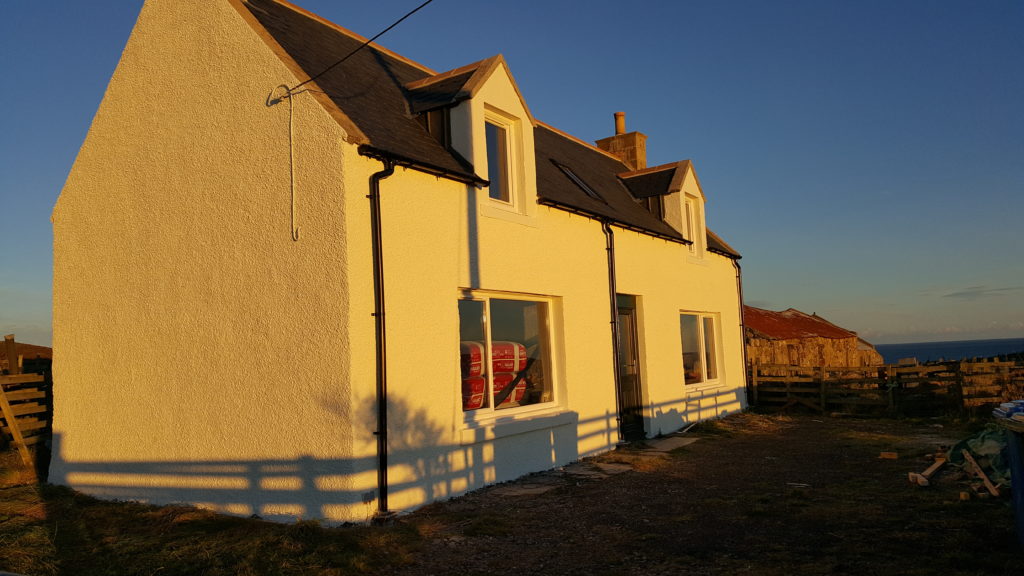 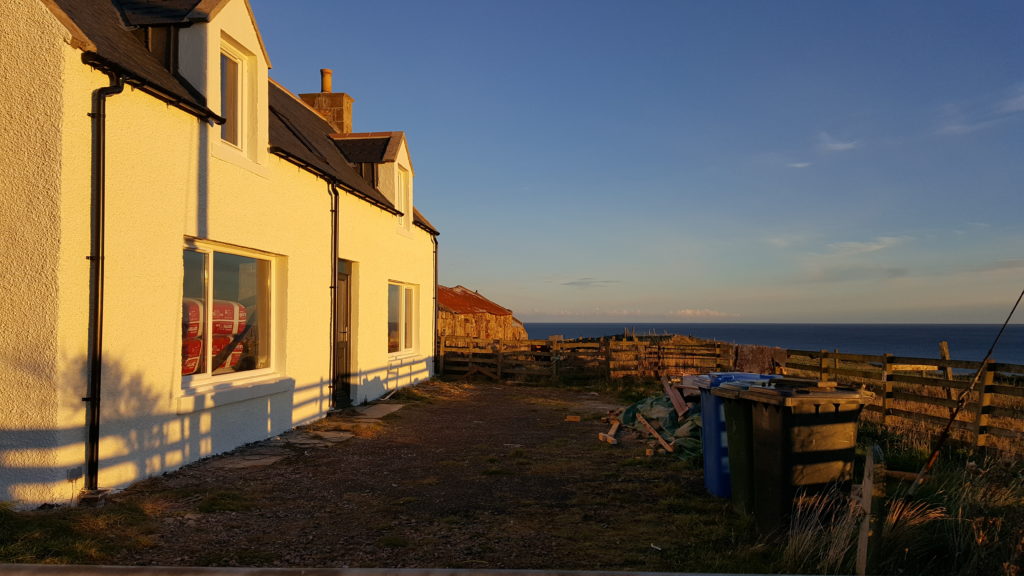 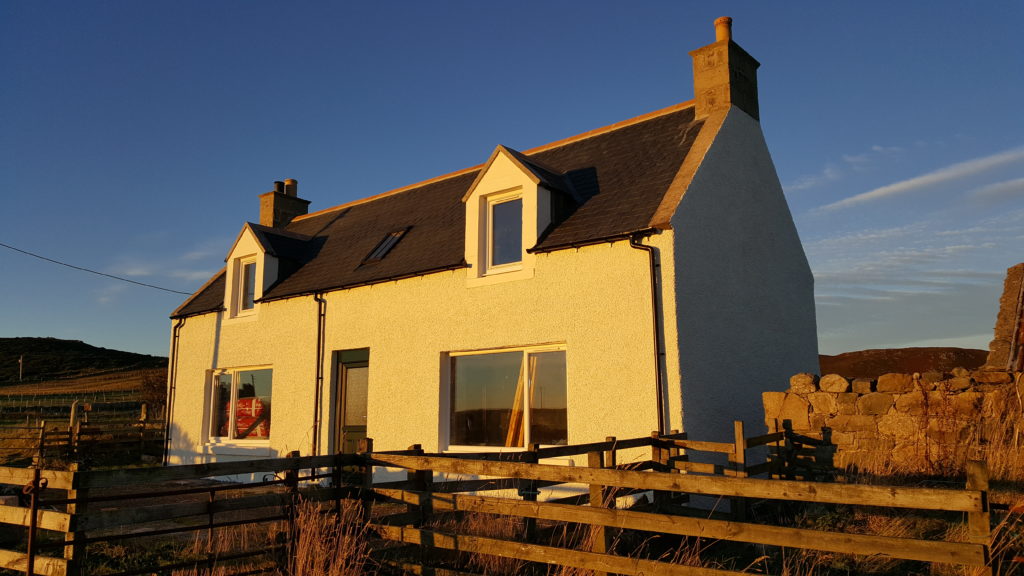 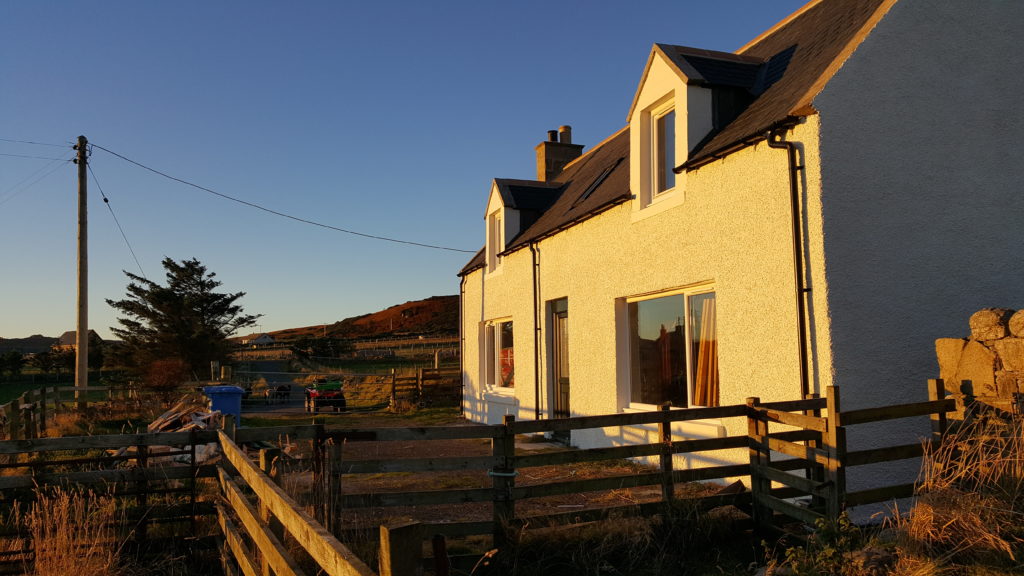 And in one of those ‘yes, we have been making progress’ pictures, here’s the original estate agent’s picture and one of the above from nearly the same angle: 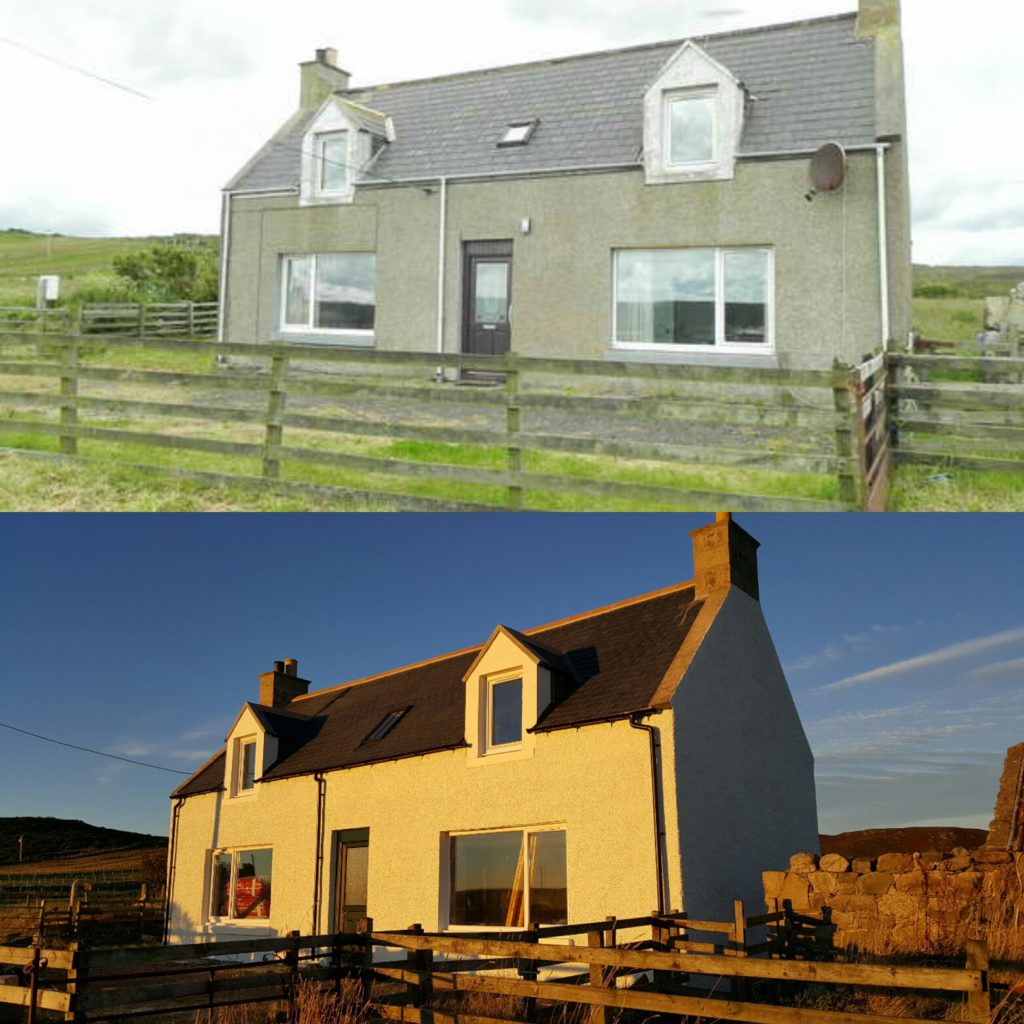 The total cost of the new roof, windows, door, guttering and paint is about £22,000 *gulp* but it has made a huge, huge difference and I’m over the moon with how it’s turned out.

Today I have David in finishing the living room gable end framing and then hopefully starting on the front walls and my little window seats, and Dougie now has the wiring spec for the underfloor heating from Derek, so is starting on that and will also be drilling the holes in the wall needed for wiring up the outside floodlights.  We had a chat about the kitchen – when he measured it out, it turns out the existing hot and cold feeds for the sink would need to be moved in our current kitchen layout, but if I put in a full-sized 600mm dishwasher instead of a slimline 450mm one, they’re in the right place.  However, that means I either need to have a slimline fridge freezer (which I don’t think would be a good idea, given that the nearest supermarket is a 52-mile round trip!) or move the fridge freezer to the corner by the window.  Happily it will fit in that corner and Dougie says wiring it there will be no problem, so that’s what I’m doing.  My homework for the day is to call Colin Chessor in Thurso and arrange for a reel of shotgun cable for Dougie to put the satellite dish cabling into the living room and all the bedrooms.