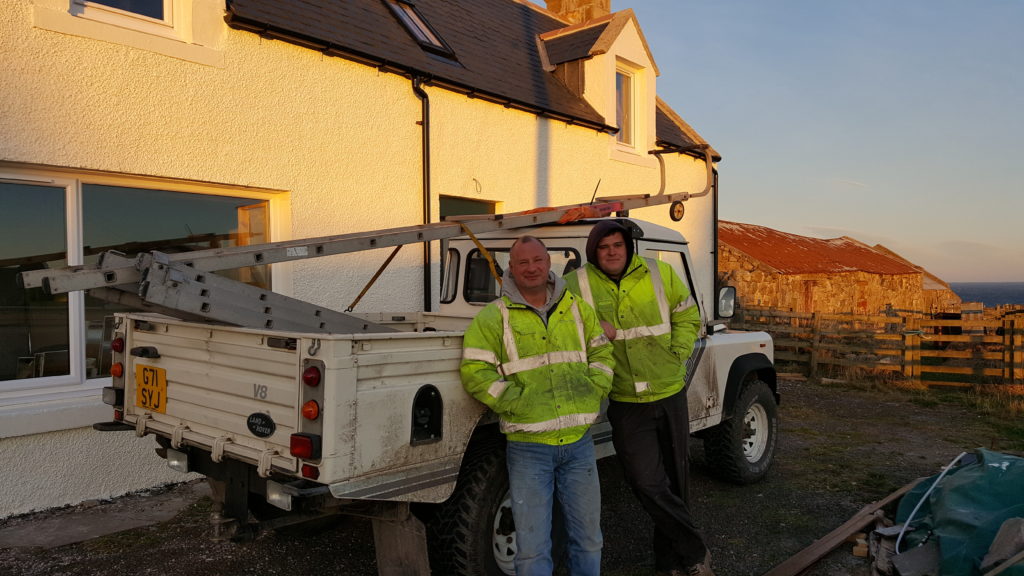 …because she has a lot to do before the second week of January and she’s sure she’s going to forget some of it!

The Monday after we went to see the little gatehouse, I had a phone call from Derek the heating engineer.  “Small problem.  The supplier’s having a stock take and wants your system out of the warehouse before it happens.  I don’t suppose I could deliver it on Friday?”  Well, not to the annexe, no, as that’s still full of the Howdens kitchen!  So I said we’d clear out bedroom one for him and it duly turned up – it didn’t take up quite as much space as I’d feared.  Amazing to think there’s a heating system for an entire house packed into those boxes. 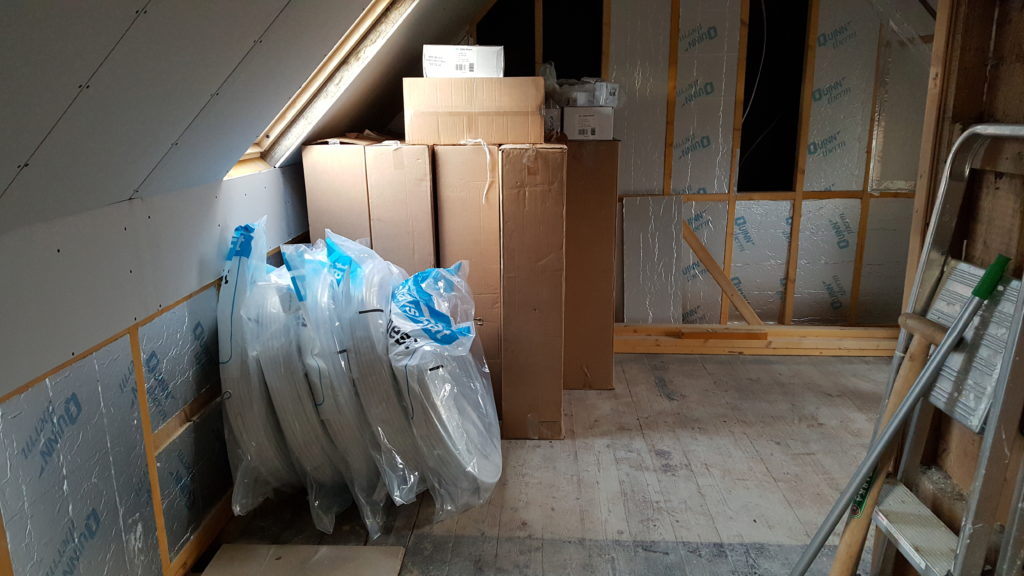 I was going to help Derek unload it, but when he arrived it was to tell me that he’d already done it all and to drop off the invoice for it (which I was expecting, so the £3,840 wasn’t a nasty surprise just before Christmas!).  We talked about timings and he’s free the second week of January, so we agreed to aim for that as an installation date.

Of course, that meant panic mode on.  Before we can get the heating installed we need to:

A few texts later and I had Pete on standby for a break in the weather, David booked over Christmas (and he’s said he’ll go into town and collect the tongue and groove so he can pick out good pieces rather than us just getting a banded load) and Dougie made aware of the installation date so he can be on hand for electrics as needed.

Part one is now underway after Pete and James turned up yesterday for further chimney investigations (in James’ rather lovely old flat-bed Land Rover after the van had an unfortunate incident with some black ice and a bus…).  Although they didn’t get the three-hour rain-free gap they needed to paint the sealant onto the chimney stacks, they did cap the two southern ones (they’re big 10″ pots, which isn’t helpful in terms of rainfall collection) and think they’ve discovered the source of the issue in the norther one.  Have a look at this crop from a photo from the summer, taken before the chimneys were picked and pointed. 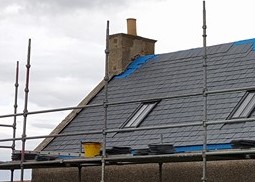 See that big patch of mortar on the chimney?  This is what it looked like after Pete had taken it off. 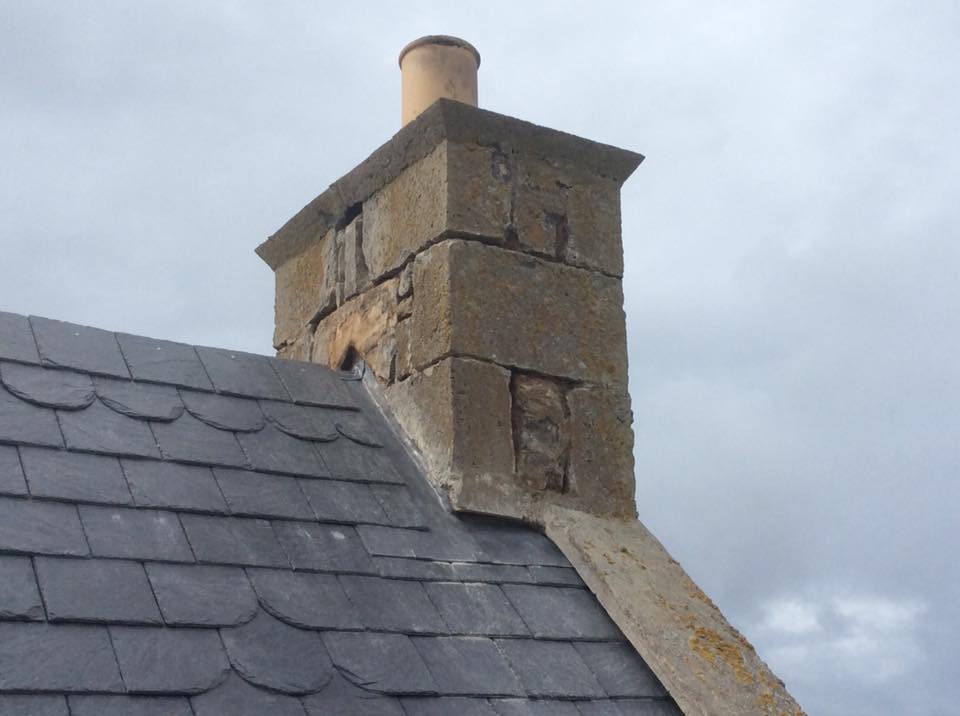 And when Pete and James went up there on Friday, they had a look at that stone just above the roof, with the notch cut into it, and found that it was so saturated with water that if it had been a sponge you could have wrung several buckets’-worth out of it.  It’s a piece of sandstone, about the size of a shoe box, and it’s very porous, so rain is soaking into it and trickling down into the house.

The problem is that it needs to be dry before it can be sealed and at this time of year that’s just not going to happen, so the new plan is for Pete and James to go up there next week on a dry day with a couple of heat guns and dry out the surface of it enough to get the first coat of sealant on it.  I do love a good creative solution to a problem!

Mick is carrying on with the plasterboarding when he’s not at work and has now got enough done upstairs that David can put the internal bedroom walls back in when he’s here next. 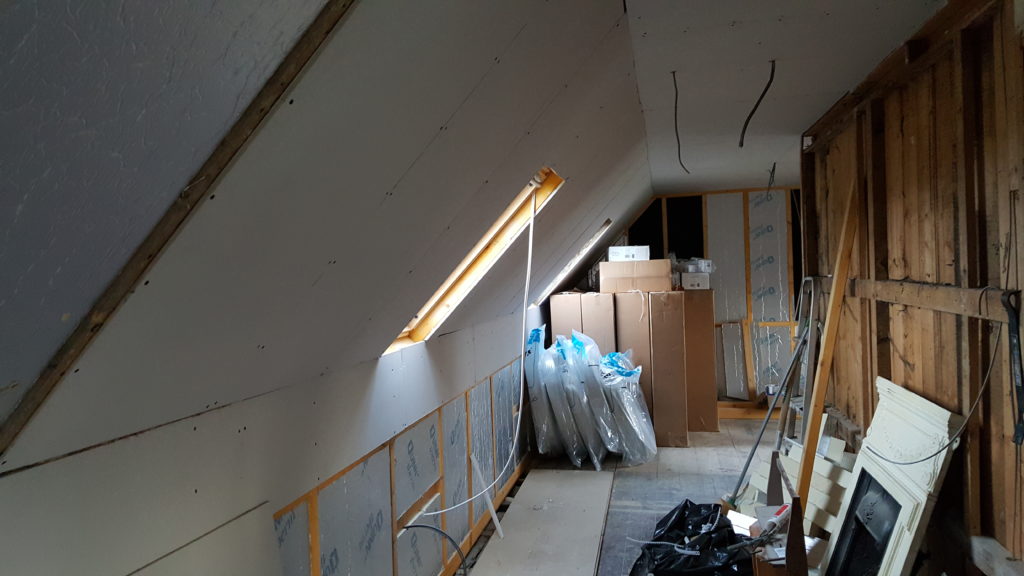 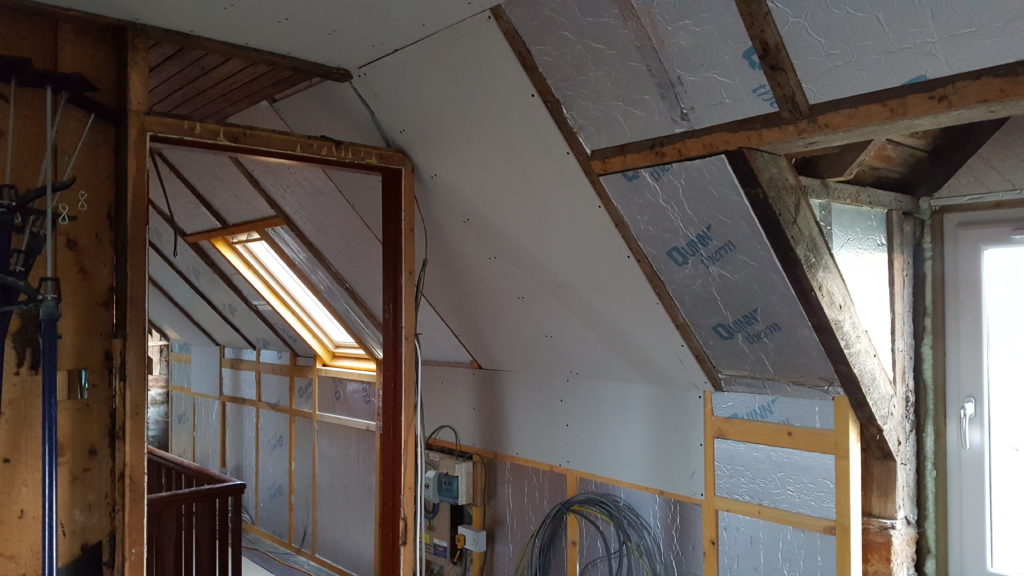 And finally a very specific tip for anyone who’s having a roof replaced and has sheep – the wooden crates that slates are delivered in make fantastic hay feeders! 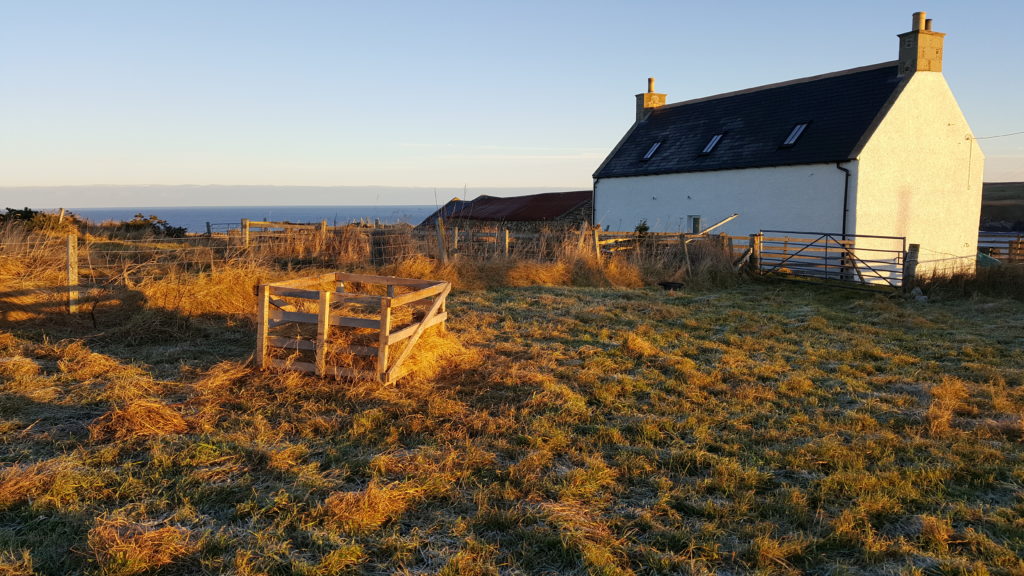