Latest mortgage update yesterday, for all those crossing their fingers, is that the forecast is currently being considered by head office.  However, they’ve confirmed that it is the final hurdle, so if it’s approved then we’ll be given a mortgage offer in principle.

I’ve been trying to forget about it and get on with the painting.  It took two and a half hours to get into all the little pockets at the top and bottom of the tongue and groove with a tiny brush.  (Sorry, I am still unable to get WordPress to display portrait photos in portrait – I can go to Edit and Rotate and then they refuse to save.  They’re the correct way up before I upload them!) 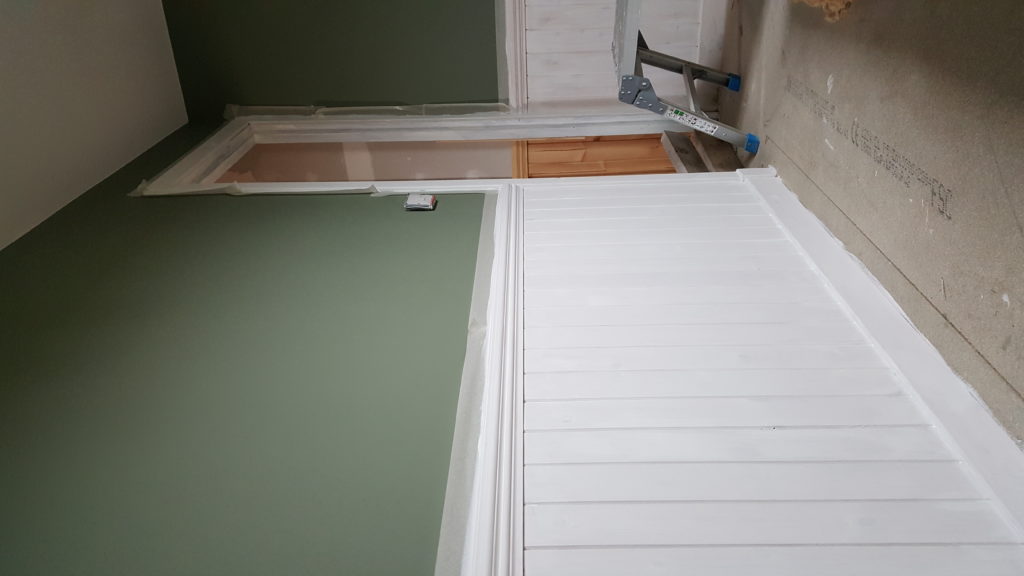 And then it still needed another coat, damn it!  But it was worth it – I reckon it looks pretty good.  Colours, while I remember, are Crown – Milk Bottle on the ceiling and woodwork, and Crown Period Collection – Promenade on the wall.  It’s a pretty good Farrow and Ball imitation and while it doesn’t have quite that same depth and warm that F&B does, it makes up for it by being £18 for 2.5l instead of £43.59(!). 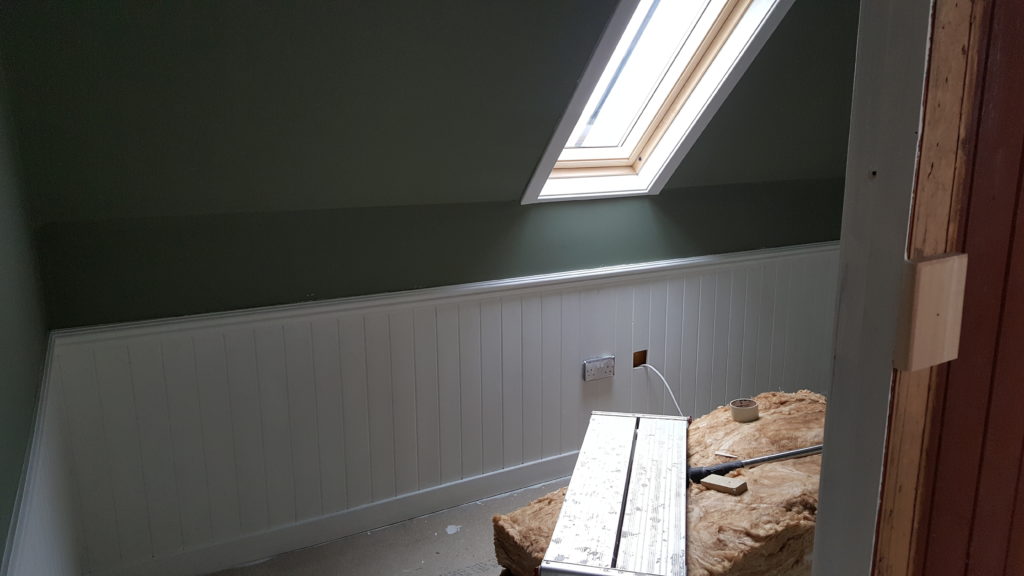 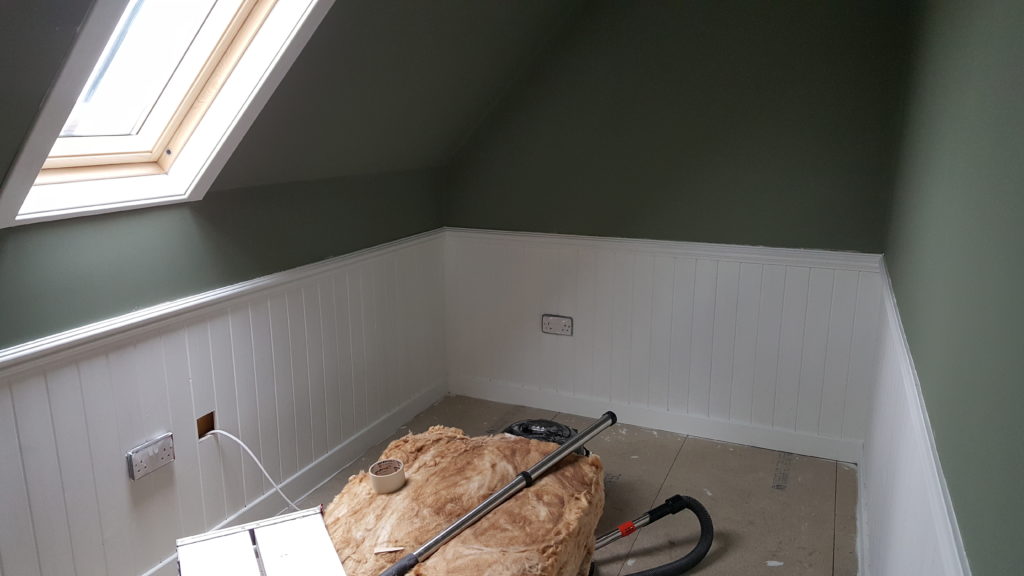 Certainly a vast improvement on a year ago! 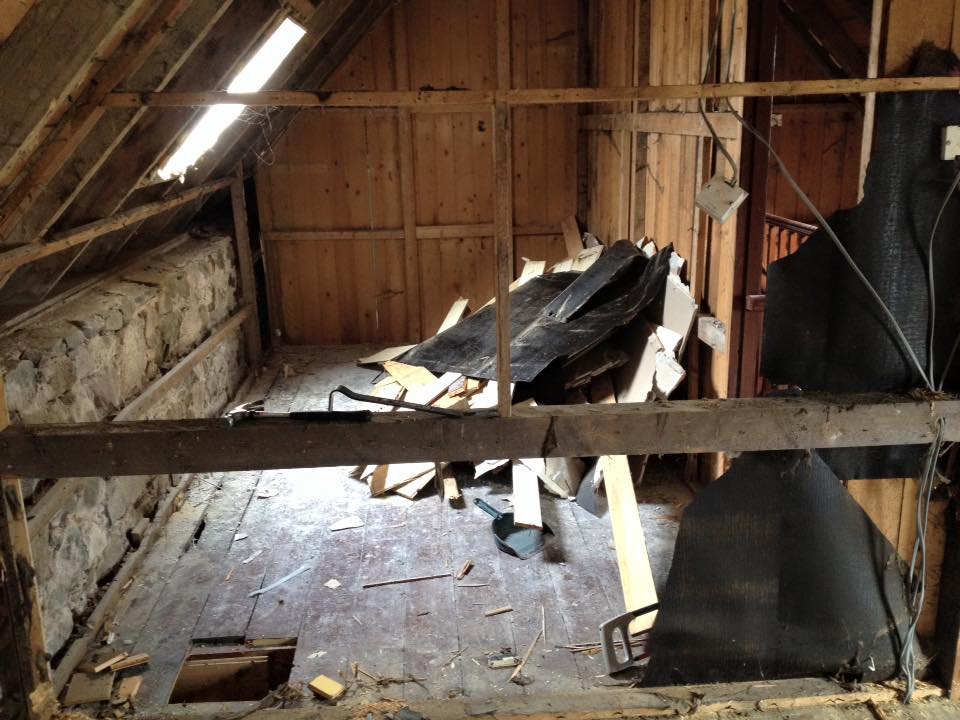 All that’s left to do in that room now is (a) touch up the spots where the masking tape took the green paint off; (b) Dougie to fit the smoke alarm and TV/phone socket; (c) David to fit the door; (d) get carpet laid and furnish it (including a blind for the Velux).

In other news, one of Mick’s colleagues was selling an oak coffee table, did we want it for £100?  Yes please, especially since the drawer handles match the ones I’m using in the kitchen!  (I know where it came from and I think it cost him closer to £300.) 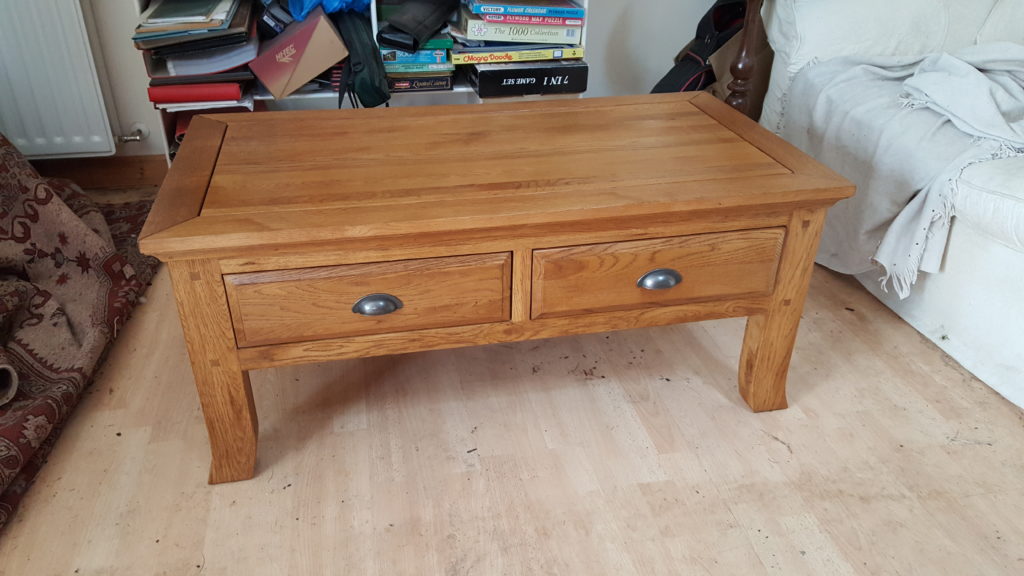 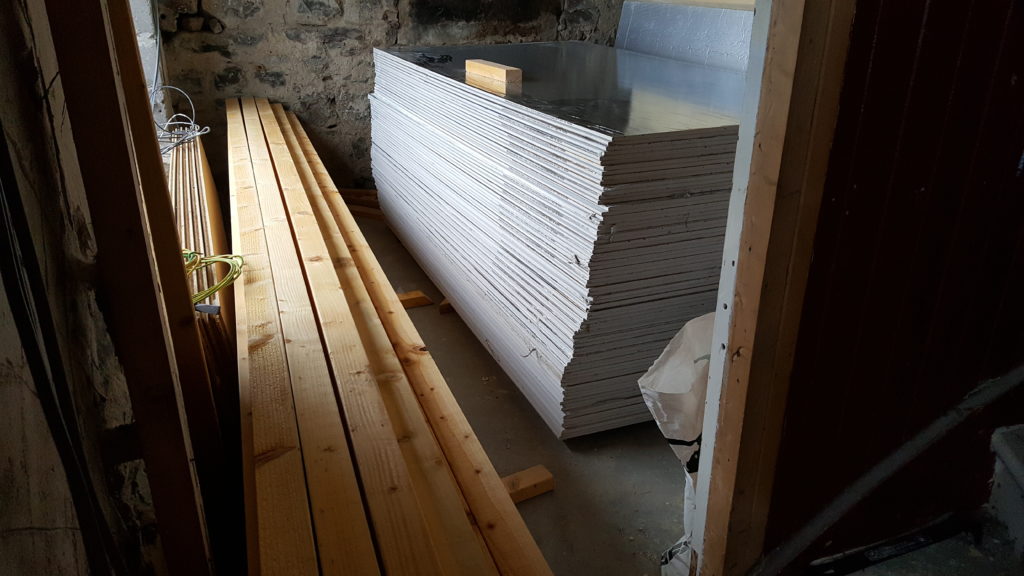 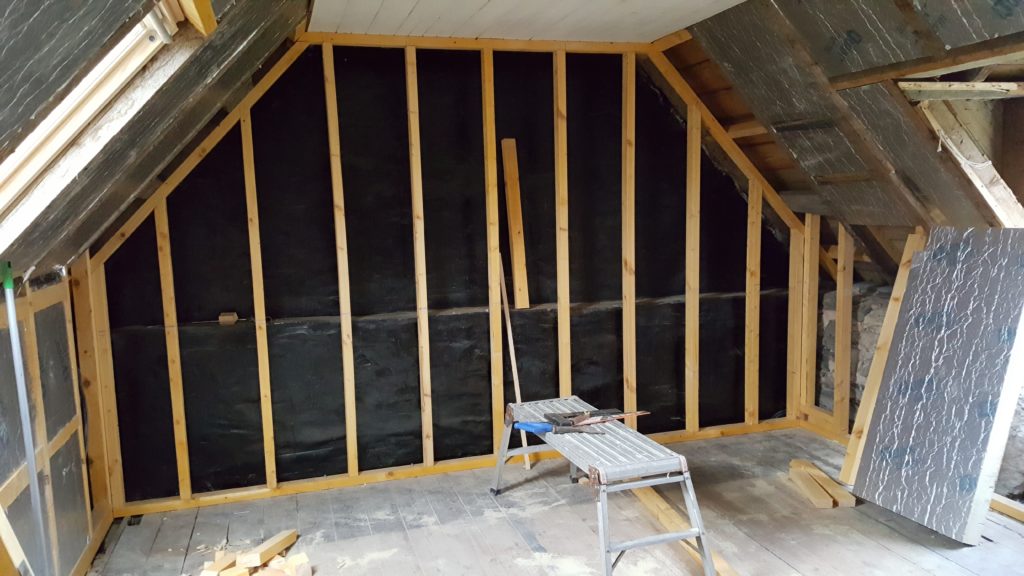 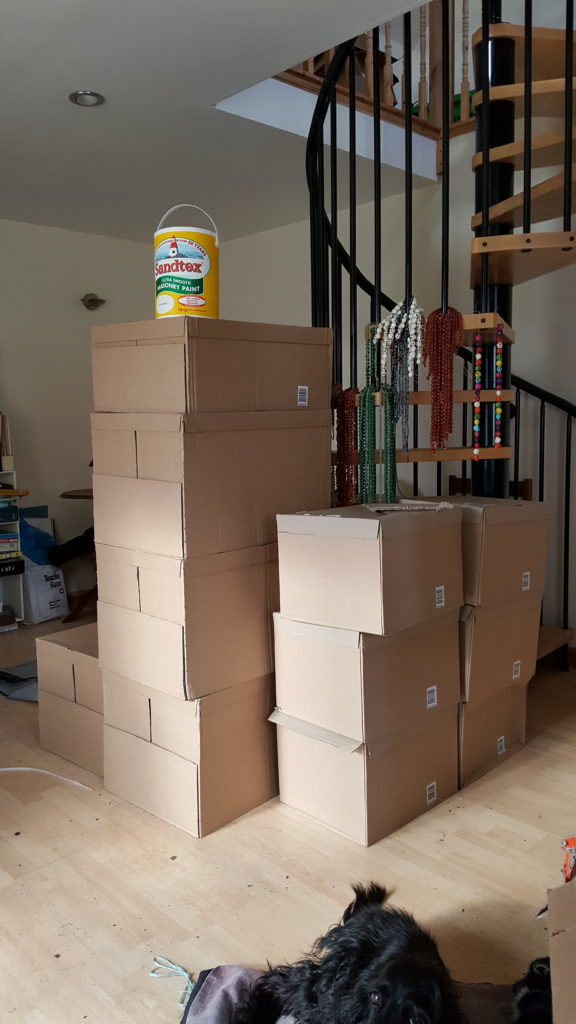