Easter weekend and DIY – as British a tradition as toast and Marmite 🙂  We have been no exception, although I had to bow out gracefully today because I’ve pulled a muscle in my back.  We’ve made progress though.

Mick has plasterboarded one of the dormers upstairs.  Originally this was just a flat ceiling, but I wanted it opened up and I’m glad we have, though it’s going to be a git to plaster. 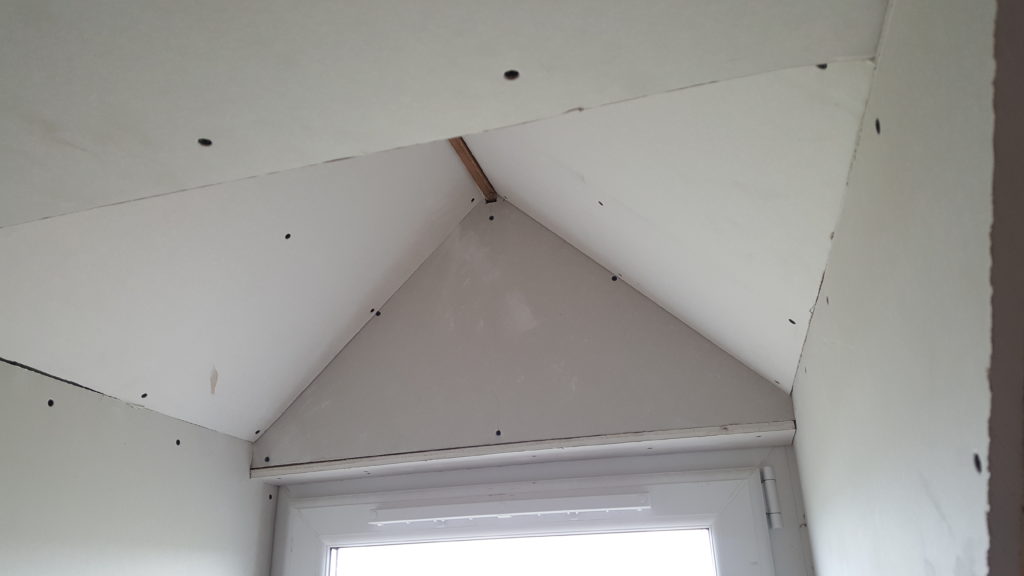 Talking of which, I’ve nearly finished plastering the kitchen – just the sides of the chimney breast and the window to go.  Mick started to sand down the dried stuff, but his lovely new random orbital sander worked for about 15 minutes and then the motor burned out, so that’s going to be a phone call to the place he bought it tomorrow! 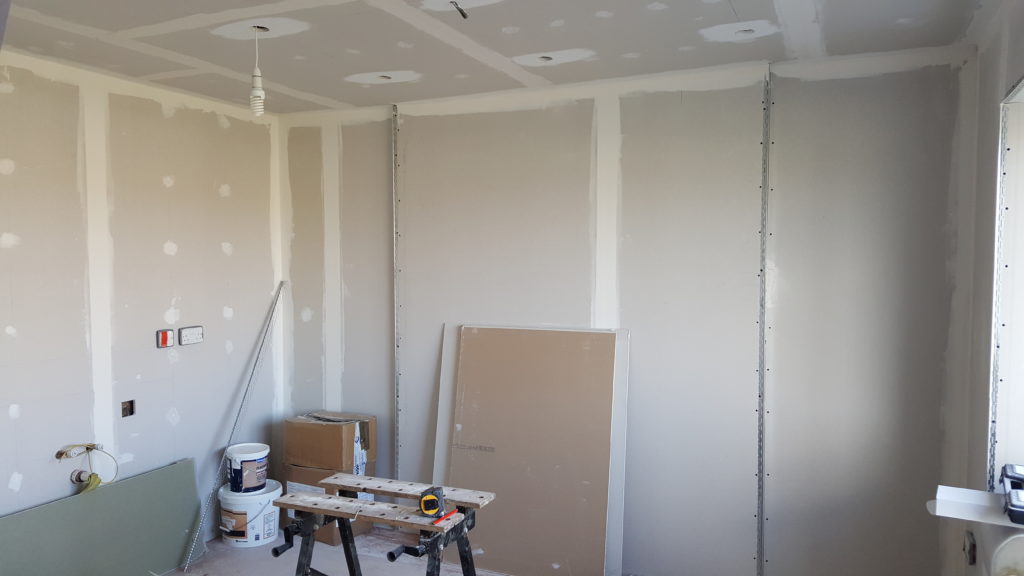 While I’ve been plastering, Mick has been plumbing and the shower mixer is now plumbed in and plasterboarded over.  We thought we could hear a drip, but when Mick took the right-hand sheet of plasterboard off, everything was bone dry and we couldn’t hear it any more, which is a bit strange.  We’ve left the plasterboard off for now and will investigate properly next weekend. 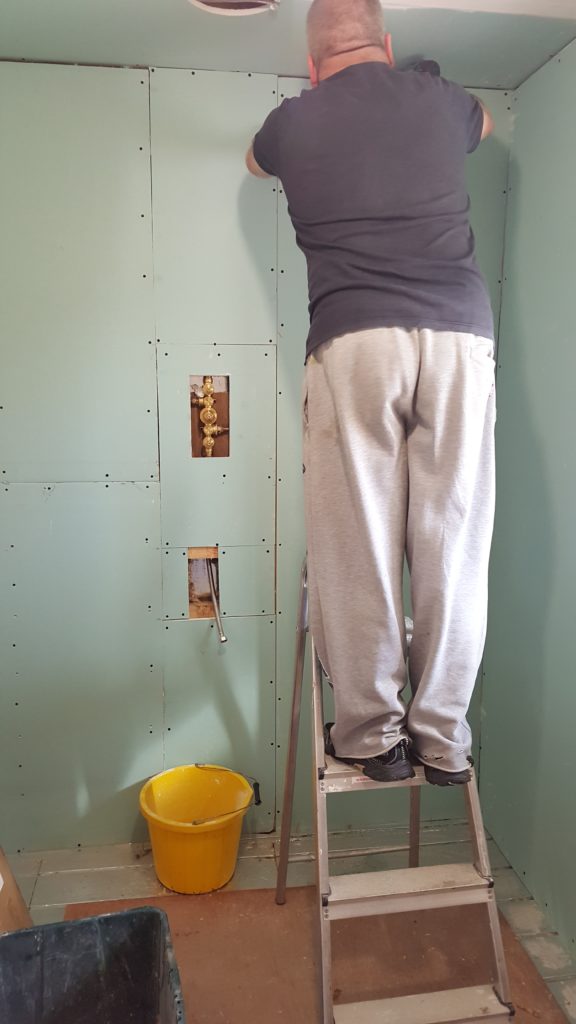 Spoils of my last shopping trip – black slate to tile the shower with, a mosaic tile for a border, teal paint for the double bedroom, grey for the living room, platinum for the bathroom (which will have one dark grey feature wall opposite the shower) and sage green for the single bedroom. 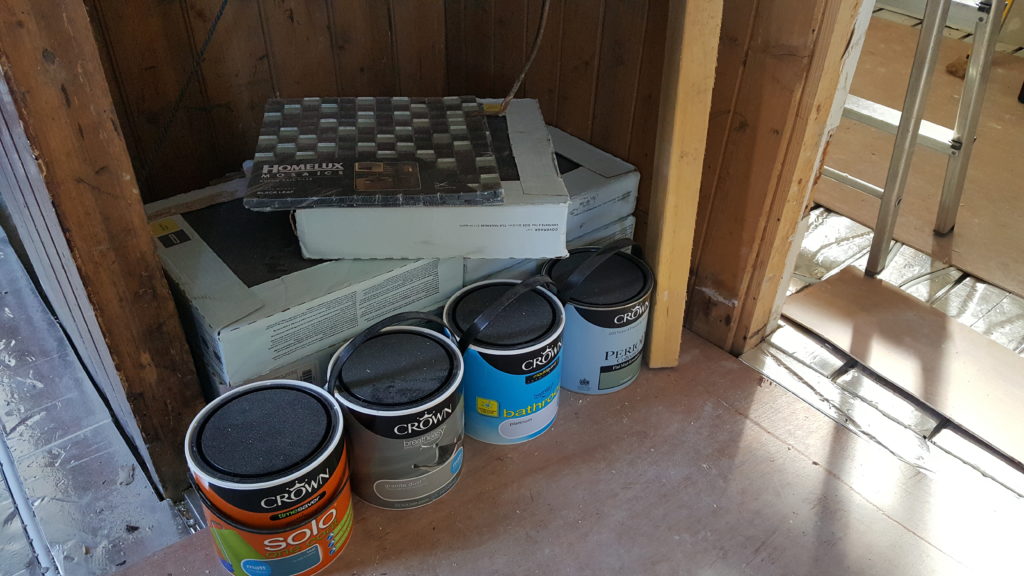 Pete’s done an amazing job with the fireplace.  The mortar has faded as it’s dried (the close-up was taken on Friday, the wider angle today) and all he has left to do is clean the stone up and then he can fit the stove.  I’ll be asking David to finish it off by doing a return back to the stone and then a simple wood frame around it, painted white. 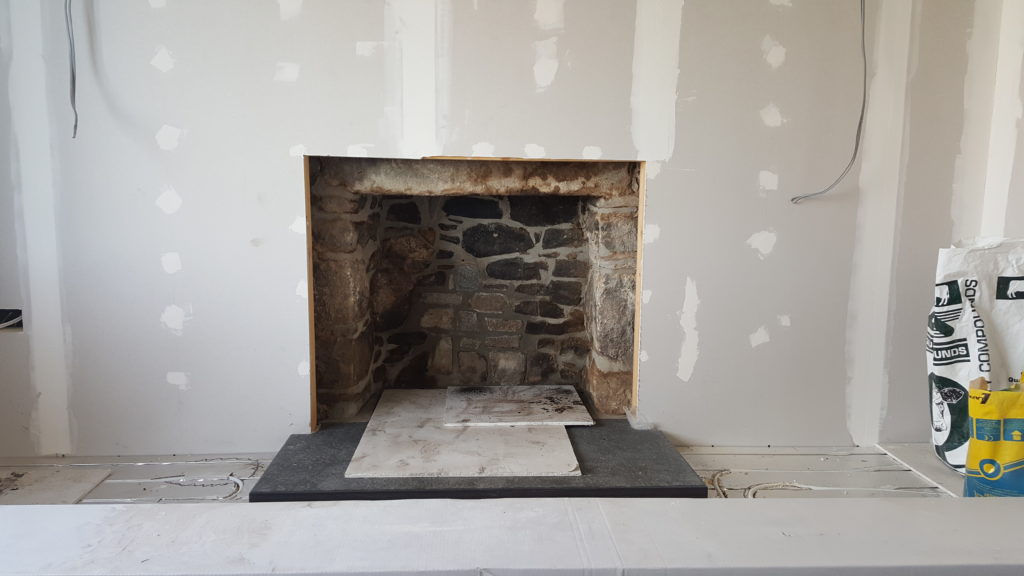 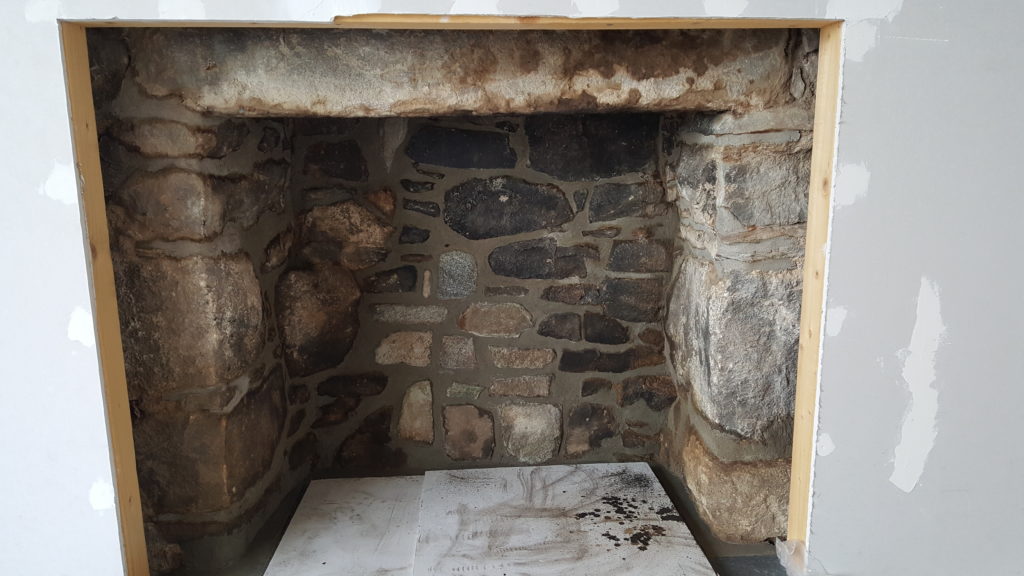 I heard back from my friendly mortgage broker on Thursday.  He wants to approach two different lenders and asked me to fill out a chunky form with all our financial information and send it to him, together with Mick’s payslips, my tax returns and copies of our credit reports.  I’ve pulled it all together over the weekend and emailed it over today, so all I can do now is cross my fingers.