David arrived on Monday and ended up staying for the whole week, much to my joy.  The doors have been an absolute pain, because we left the original doorframes in and they weren’t quite square, so there’s been a lot of shimming and planing.  But they’re in and they look fabulous.  (Please note how I have accidentally managed to buy a landing lampshade in nearly the exact same colour as the stair wall!) 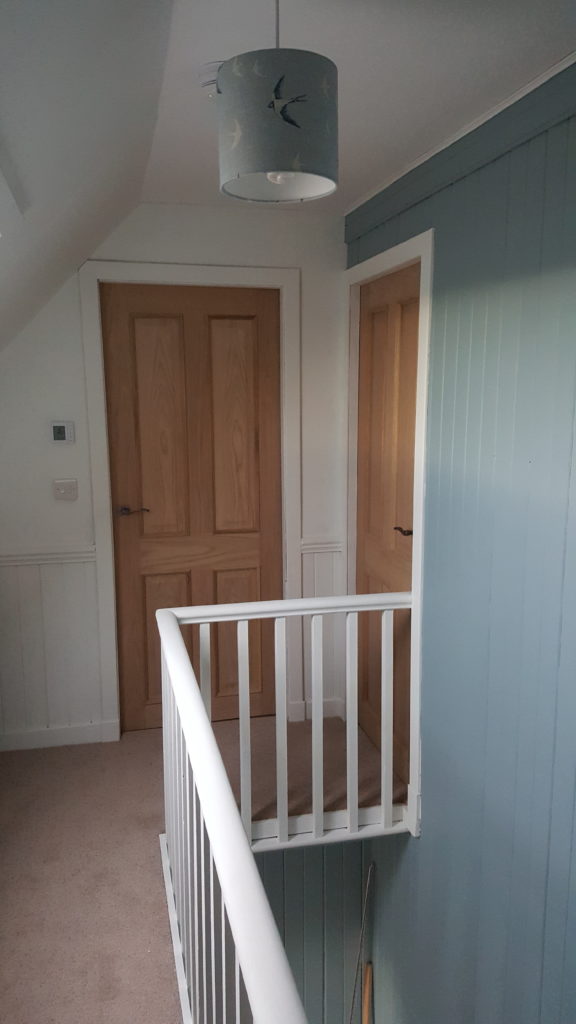 The living room door has been a particular pain in the behind, because the area of the wall to the left was only half an inch wider than the oak surround David was using.  He suggested that he get some more oak skirting board instead and use that, rather than leave me with a tiny strip to paint.  It’s very slightly lighter, but not too noticeable and I think it looks neater having it flush to the wall. 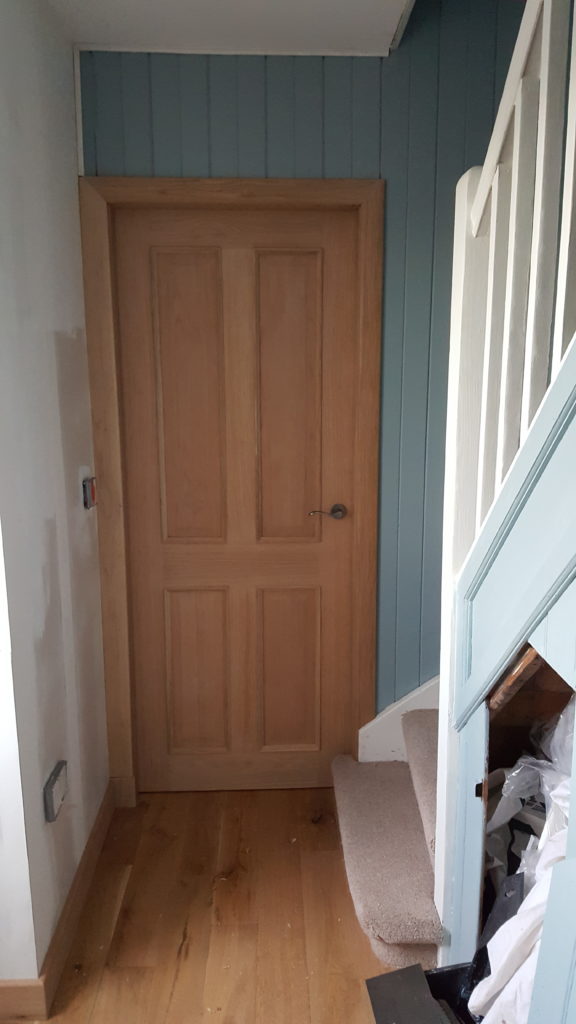 I have some very careful painting to do on the inside of the door frames where David’s planed them down.  He’s also fitted the upstand and splashback in the kitchen and tidied up the cupboard doors on the landing – the composite board he’d made them out of has shrunk quite badly in the warmth from the heating manifold and there was a big gap between each pair of doors.  He’s carefully fitted a wooden strip to each so that they close flush again.  Not sure whether to paint these or not – they tone in with the carpet and I quite like the contrast. 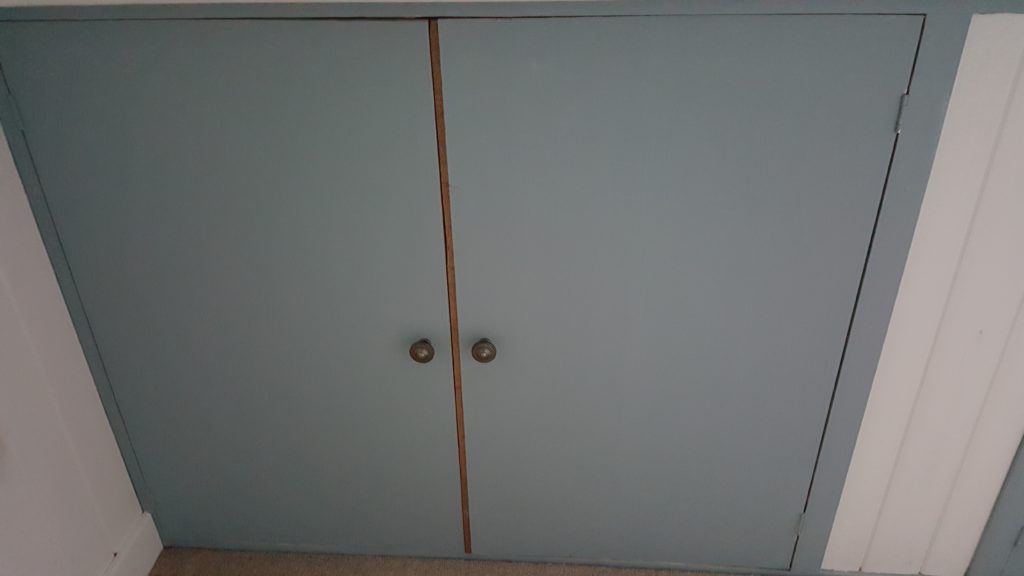 We’ve had two further bookings, from complete strangers this time – both of them couples and bringing dog(s).  One is for a week in April and the other is three nights in mid-March, so we really have to get sorted now!  Mick has been doing more tiling in the bathroom this afternoon and now there are no more doors or furniture being carried around the place, I can get my overalls back on and paint the hall next week.  So nearly there…

One thought on “We have doors!”