I might not be in a position to buy any more houses at the moment, but I never stop keeping an eye on the local market.  When I was at the local sheep auction a couple of weeks ago, I got chatting with with a gentleman down the Strath who was cutting down numbers with his sheep because he’d reached an age where he wanted to take things a bit easier, and he mentioned he’d decided to sell his old house as well.  My ears pricked up, especially when he said he thought it was an old wreck of a place, but the estate agent said someone would buy it as a holiday home.

It seems that we’re getting a bit of a reputation amongst our friends, because the moment it appeared on the estate agent’s Facebook page, someone tagged Mick in a comment!  I happened to be down that way a few days later, so I stopped off to have a look. 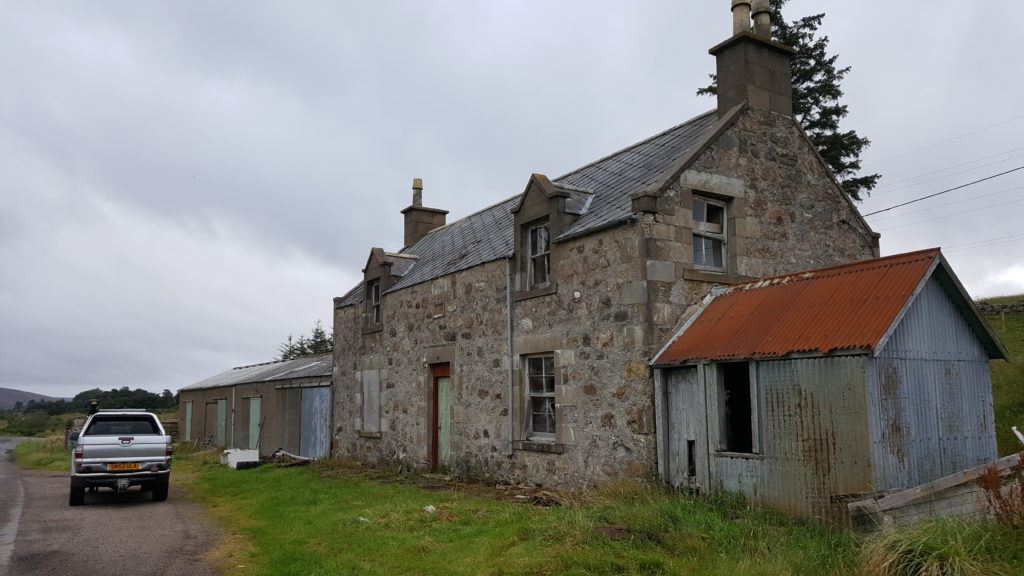 A lot of house for £50,000, but in such a state that it didn’t require a home report and, in all honesty, not suitable as a holiday let.  While the house itself is almost identical to Ethel’s (a couple of extra windows, a little bit bigger and it has a small kitchen extension on the back), it’s 7 miles away from the coast, the Strath is midge heaven, and those outbuildings just wouldn’t get used.  If I was looking for something to do as a normal rental to someone who wanted to live in the countryside and keep a few chickens (the back garden is a chunk of field and is huge), then it would be perfect, but this one’s not for us.  Good thing, as less than two weeks after coming on the market, it’s already under offer 🙂

This next one has been put on the market in the past couple of days and I think it may also go quickly.  From the outside, it doesn’t look like anything too special. 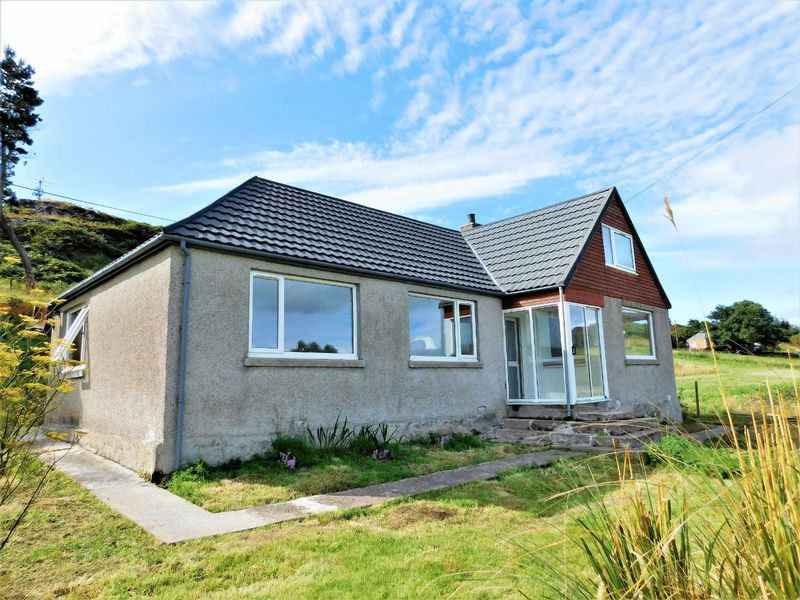 But look in the opposite direction, and this is your view. 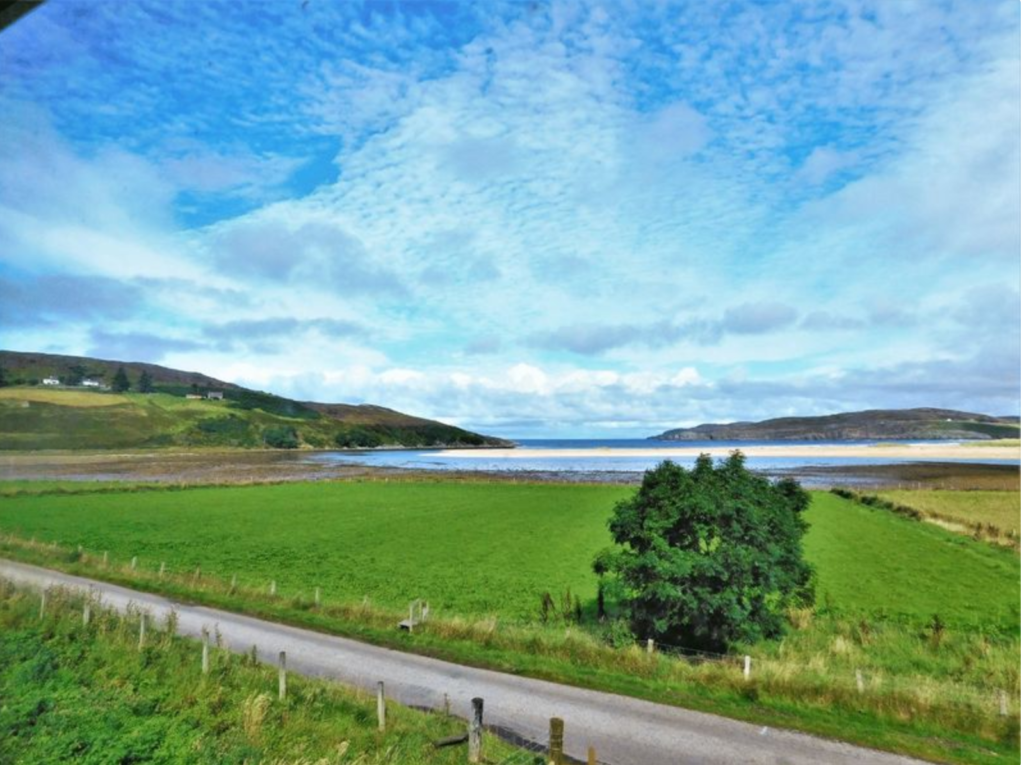 For a little house, it packs in a lot of rooms – there are four bedrooms in the square bit and then kitchen, bathroom and living room in the extension.  Upstairs it’s got two ‘loft rooms’ and a small room for the hot water tank.  So why is it only £75,000?  Well, it’s a 1965 pre-fab and the whole thing is asbestos, though the original structure has been built round with blocks and then harled.  For a quick ‘get it up and running’ you’d probably want to turn the third bedroom into an en-suite for bedroom two and stick a cinema/games room in the loft rooms if there’s sufficient headroom, but I suspect someone will buy this, demolish it and start from scratch – if they can find anyone up here to handle the asbestos.

The final one I’ve had a sneaky look at recently isn’t actually for sale, but the estate that owns it has sold four buildings off recently, so it’s not out of the question that this might one day hit the market. 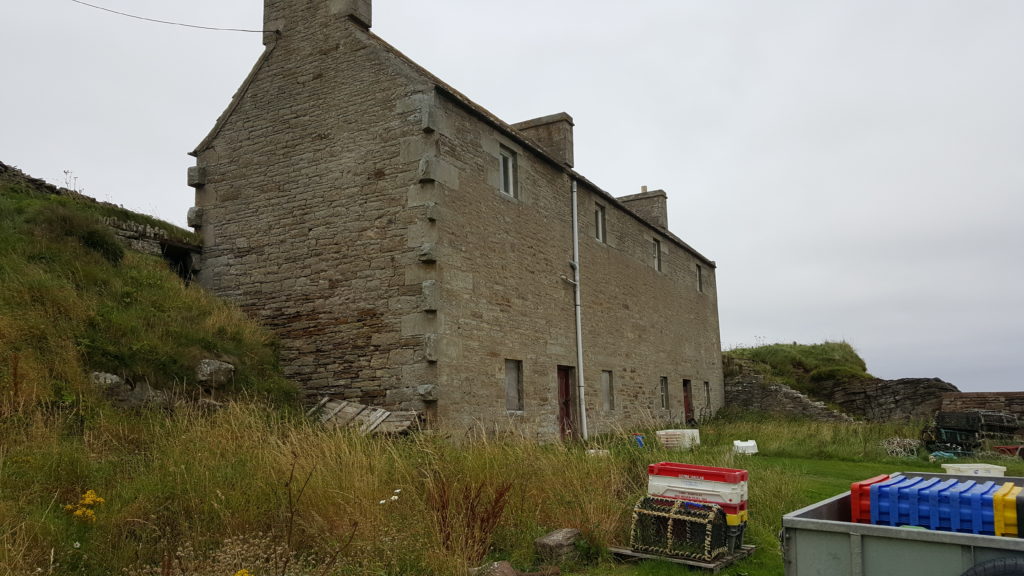 It’s an old fishing net store with a flat up above it, and it sits on a harbour, looking back at the main beach.  If you climb that very old set of steps at the far end of the building, there’s a little private beach at the back.  The flat has a separate entrance from a track that goes around the back. 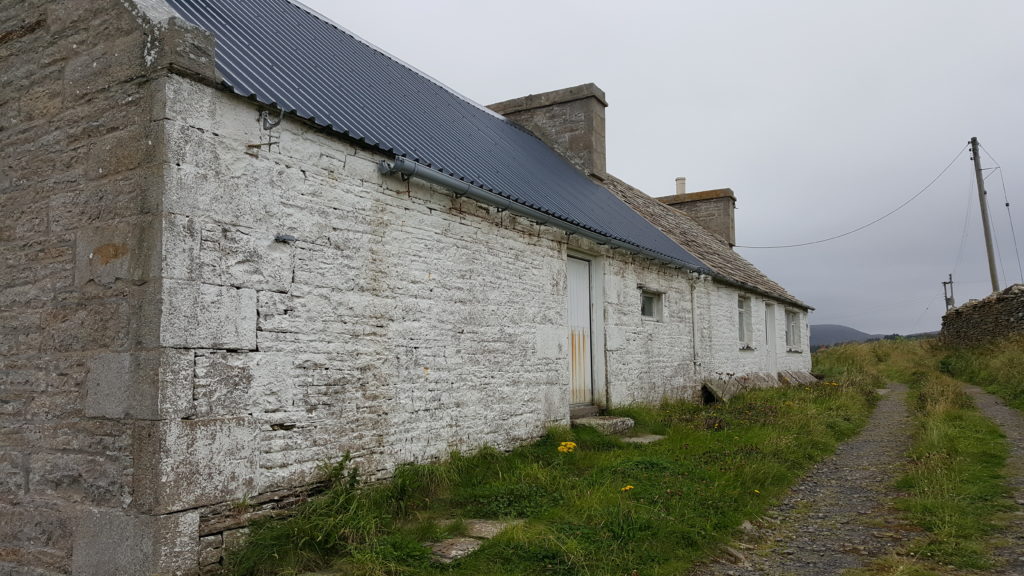 It’s Grade A listed, but the Highland Council is remarkably sympathetic about conversions of these – this is an almost-identical Grade A building at Keiss Harbour, which is run as a holiday let – and I don’t think that middle row of windows was there originally. 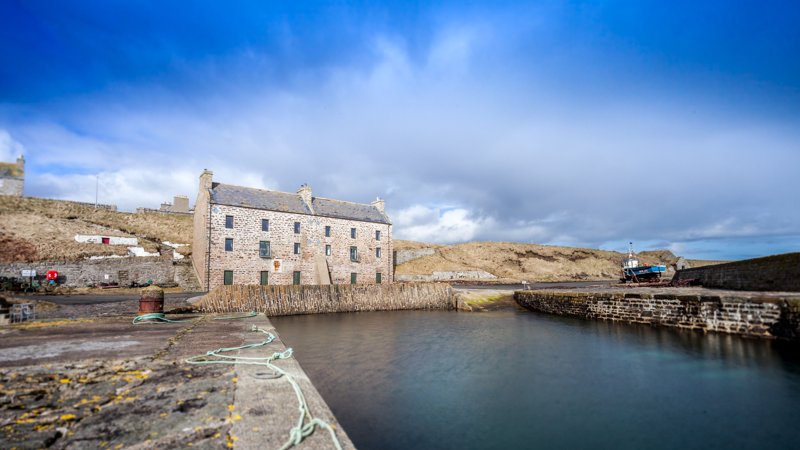